So what do you do when you decide to leave where you’re staying early during a road trip? Road trip it up another notch. So baileyjordan and I did.

From Portland, we went to Occidental, CA to see rising_dawn at her rather hippy and hella nice intern job. It was so nice to be there that I entirely forgot to take photos, despite it being one of the prettier corners of the earth. baileyjordan managed to get poison oak, but other than that the only other downside was not being able to stay longer.

We dodged the Bay Area barely, (sorry notnotrebecca, jekissa and belovedmonster!), made a quick stop in Davis, CA to meet inthewall, who I’ve been dying to meet for ages, and hang out with apollotiger. Ran into thelhf, too, briefly, and missed elliotpp, which I am sad about.

We headed down I-5 (which is among the most boring drives ever. People who live in Stockton and Fresno: I pity you. There is nothing redeeming about where you live.) We skirted L.A., though if we’d had time, I’d have loved to stop in and meet dsch and check up on royaboya, though she was out of town anyway.

We camped at Joshua Tree National Park, which was too hot, and then the next morning headed for Prescott, AZ to see whetherwoman and jazkharma. Prescott is in a really nice spot, high in the Arizona mountains. Beautiful surroundings, and one kick-ass coffeeshop. We spent two days (luxurious!) mostly because whetherwoman is really good at helping one procrastinate about leaving.

I didn’t take any photos between Portland and nearing Prescott, AZ, but I like what I got. South of Prescott on AZ89: 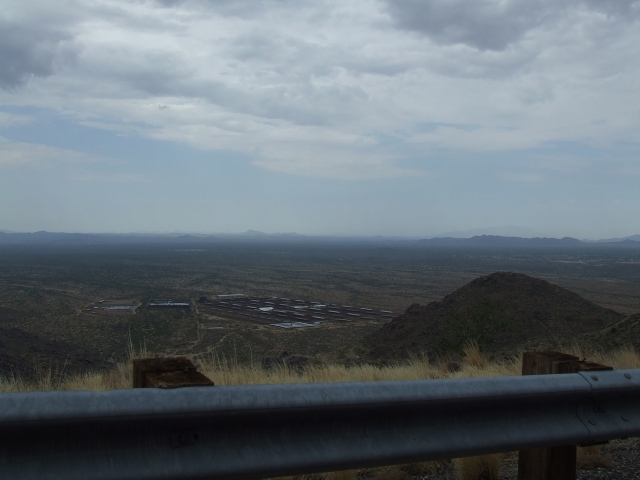 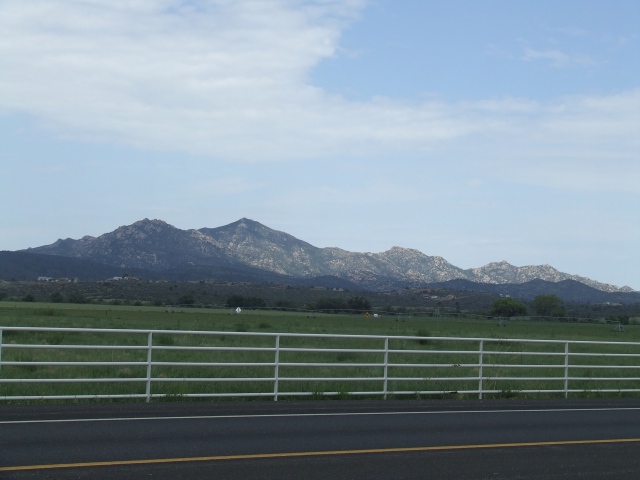 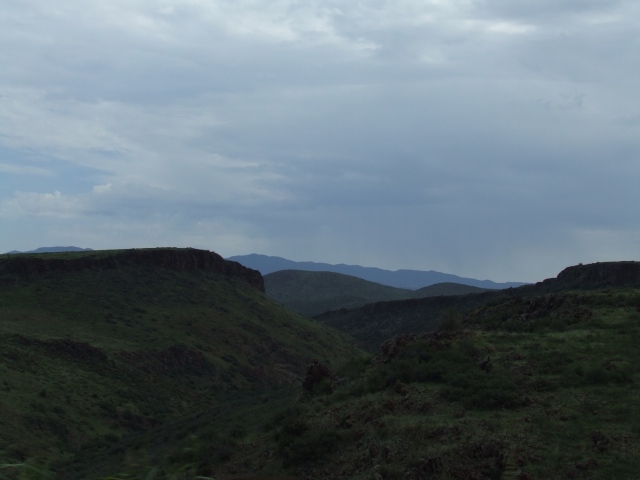 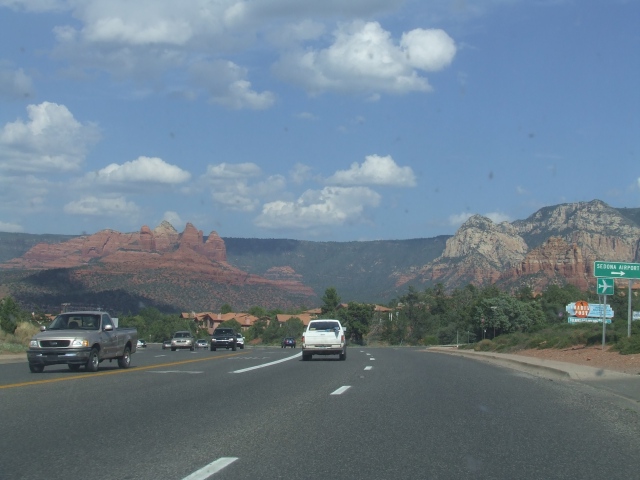 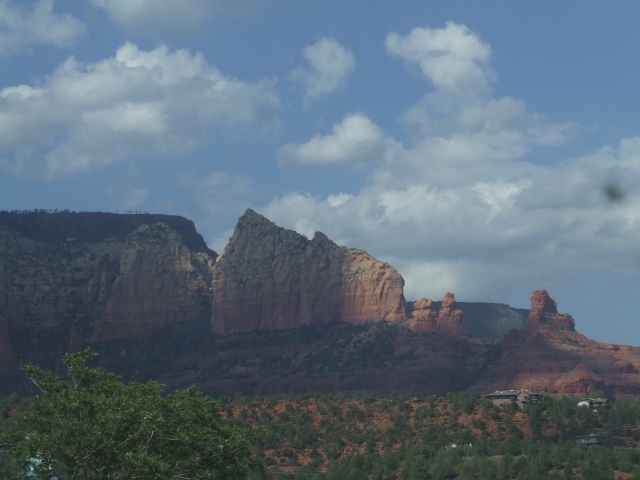 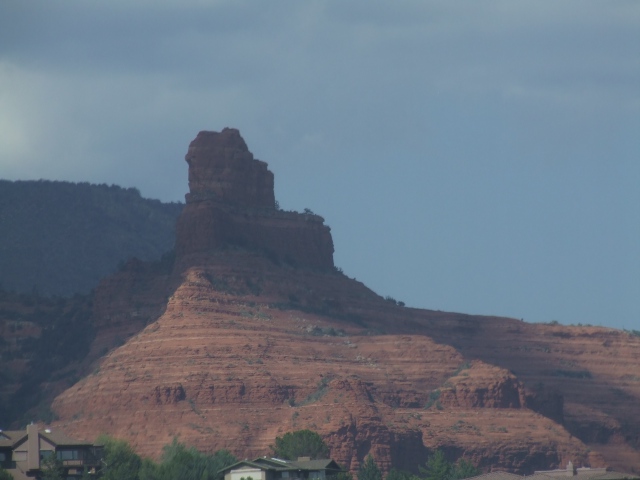 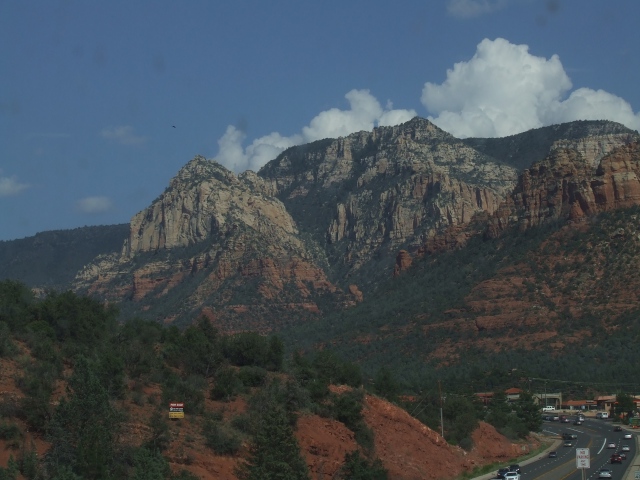 In the canyons orth of Sedona: 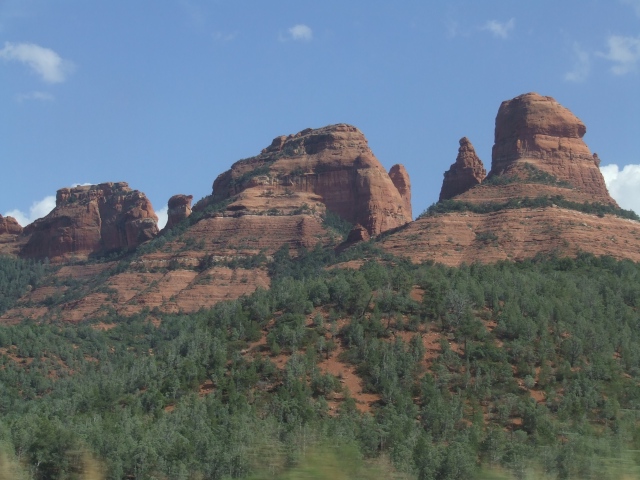 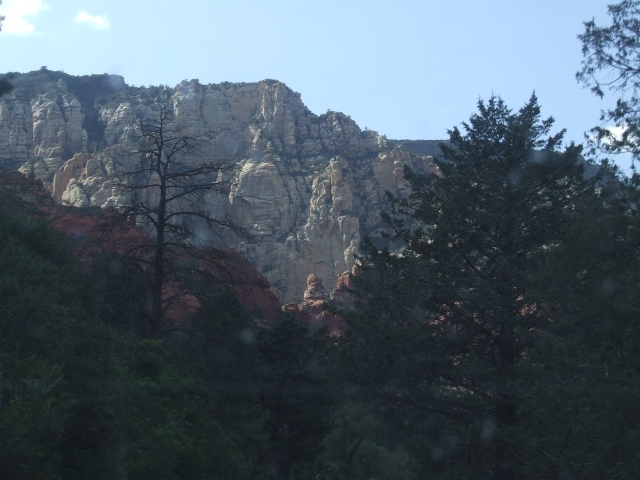 The Navajo Nation is mostly flat, though there’s some really pretty canyons in there. It’s a huge area that took us nearly 4 hours to drive through. 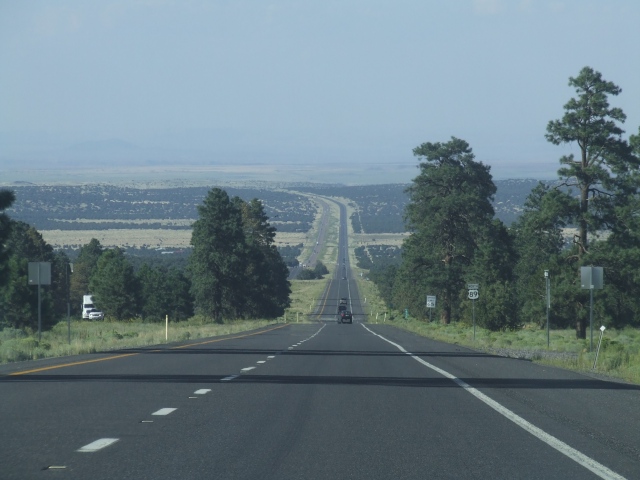 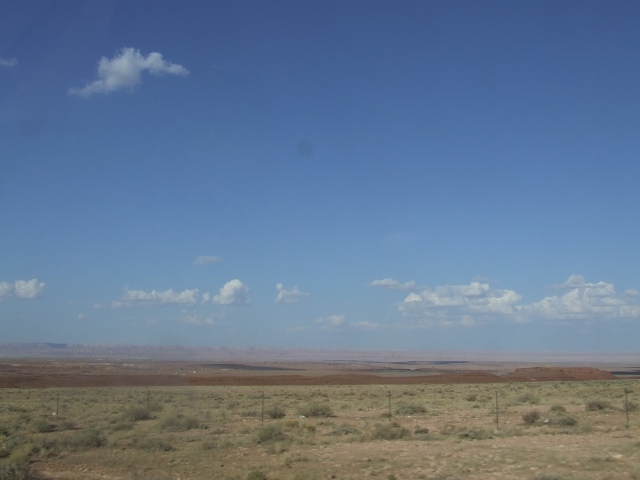 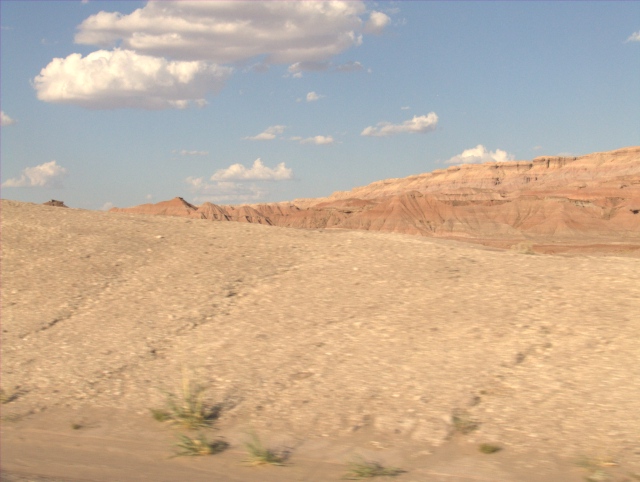 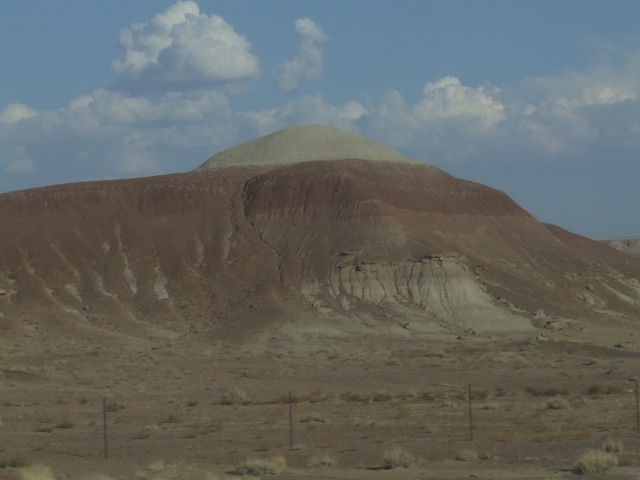 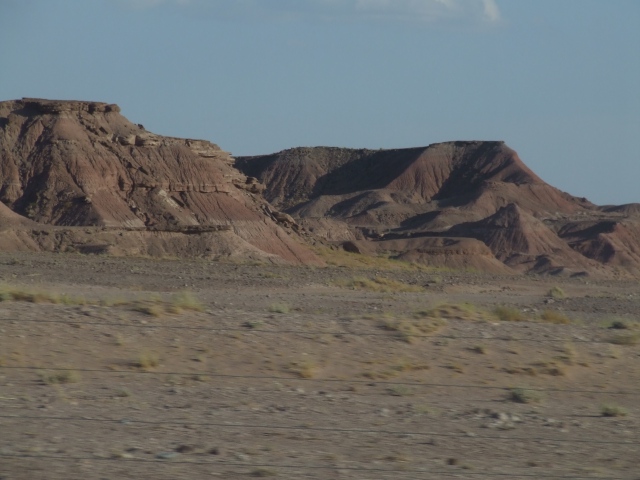 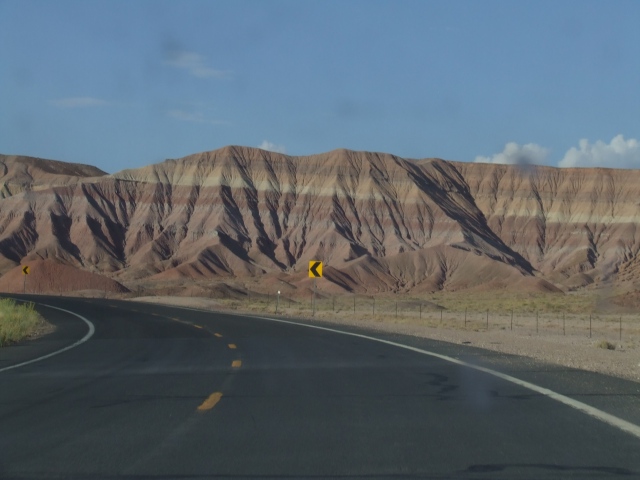 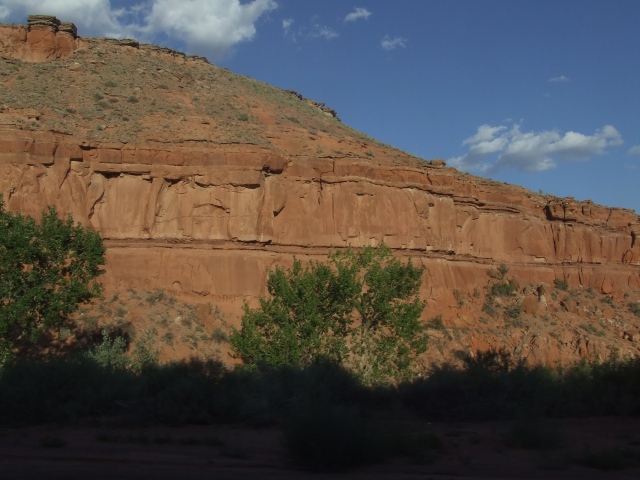 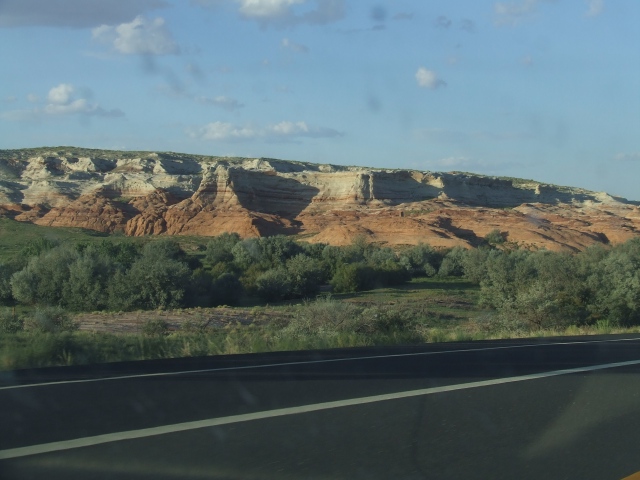 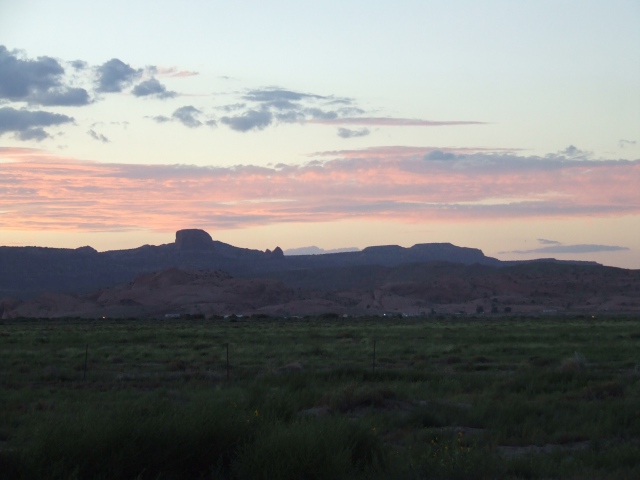 We intended to be home that night, but as we prepared for the last leg of the trip from Dolores, Colorado through Telluride to home, we realized that Colorado highway 145 was closed from 10pm onward, so we decided to detour through Dove Creek, nearly on the Utah border. It added a lot of time to the trip, so we decided to camp that night. We wandered around outside of Dove Creek, couldn’t find the national forest and eventually collapsed into an exhausted heap after midnight.

We drove the last hundred and some miles home the next morning, and I got in to work at 13:00, just as the fibre optic line that had been destroyed by a woodpecker in Grand Junction was repaired, so I got to do cleanup as soon as I walked in the door.